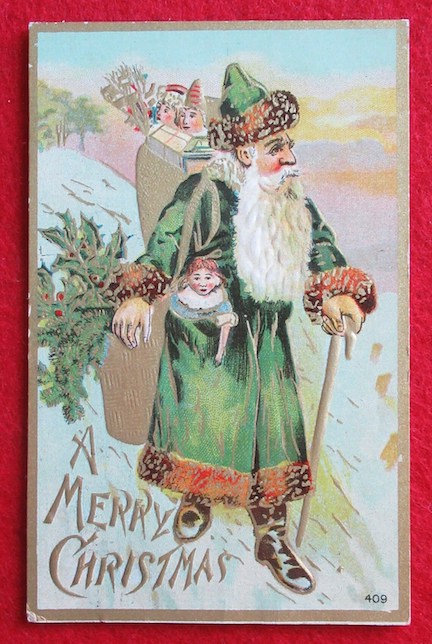 Special to The Irish Gazette

According to their long-term computer models Ireland could see their first white Christmas in 12 years with snow and cold heading towards Ireland. Brace yourself Brigid. Along with a white Christmas here are a few of Ireland’s celebrations at Christmas, some old some new, but all are meant to make Christmas in Ireland particularly special.

In December, mixing mulled wine and cocoa for the kids, mince pies, fairy lights and shopping all happens at the markets that create a magic atmosphere, with carol singing and general frivolity. One of the prettiest markets is Belfast’s Christmas Market, beautifully sited in front of a festive and handsome City Hall. Killarney hosts an open-air affair in Co. Kerry while Waterford’s Winterval hosts a traditional holiday market in the city. Dublin, of course, has a floating market–the Docklands 12 days of Christmas festival is moored over George’s Dock in the city center. Come for the gifts, stay for the live music.  In the west, Eyre Square in Galway turns into a winter wonderland for the Galway Continental Christmas Market. Bring your dancing shoes and your appetite for the delicious food booths.

St. Stephen is the patron saint of horses and the horse races in Ireland on St Stephen’s Day, Dec. 26,  have become a tradition in Ireland. The races in Leopardstown, South Dublin attract almost 20,000 each year. This tradition may be so popular because it provides a chance to get out of the house, stretch your legs, place a bet on the horses and share a drink with a friends.

Christmas day swims take place all over Ireland on Christmas morning but probably most famously at the Forty Foot Rock, just south of Dublin. On Christmas Day hundreds of people can be seen jumping off the rock into the Irish Sea wearing only their bathing suits.The water in the Irish Sea on Christmas Day is usually around 50F / 10C. Unfortunately the temperature outside the water is usually about half that. This bracing adventure is not for the faint-hearted. Happily many of the participants often receive sponsorship from charities for their efforts.

Ireland’s Mourne Mountains is Santa’s official residence and where he receives visitors in his secluded cottage as the elves are working away in the nearby workshop. In Mount Stewart, Ireland Santa has put together a woodland holiday trail for exuberant children to enjoy.

Dublin’s Phoenix Park is a playground for deer, and each Christmas the park offers the chance to meet some members of the herd. Also, the spirit of Chriskindl will take over Downpatrick, as St Patrick’s Square is overrun with characters from Christmas Past, Present and Future.

The Light in the Window

An old tradition that many continue to observe worldwide is the placing of a candle in the window for the Christmas season; a symbol to welcome strangers and to remember those who are far away from home. Ireland has a permanent candle in the window of Aras an Uachtarain thanks to previous President Mary Robinson who famously re-adopted this custom during her term of office, to remember all of the emigrants that had left Ireland and let them know the candle in the window would always be lit to show them their way home.

According to legend, St. Stephen, who may be the first Christian martyr, was hiding from his attackers when the wren pecked on their drum and led them to Stephen. Because of this, the wren became known as “The Devil’s Bird” or associated with bad fortune and betrayal. To remember this on St Stephen’s Day people would have a procession and go door to door wearing old clothes, with blackened faces and a dead wren on top of the pole. Thankfully this later evolved into caroling. Although people rarely go door to door as in the past, carolers can be heard on many streets during the holiday season raising money for charity.

At Christmas every Irish household will have at least one box of ‘good’ biscuits! Although there are traditional mince pieces, pudding, and chocolates, the tins are typically filled with biscuits like pink wafers and bourbon creams. The biscuits are always offered to guests and fought over by the family.

The placing of a ring of holly on doors originated in Ireland as holly was one of the main plants that flourished at Christmas time and which gave the poor ample means with which to decorate their dwellings. This is still a very popular tradition along with Christmas trees, fairy lights and other decorations. Also, traditionally, Christmas decorations would go up on December 8, the Feast of the Immaculate Conception and come down on Little Christmas January 6.

Christmas dinner is traditionally comprised of a roast turkey, potatoes (of course!), brussels sprouts and various other vegetables. This is followed by mince pies, pudding and Christmas cake. The large dinner will not preclude ham sandwiches being passed about an hour after you have consumed your enormous meal – just in case you’re feeling peckish. Irish hospitality requires that no one leaves hungry.

In some Irish areas this is a huge social gathering where family, friends and neighbors who you have not seen all year come together and celebrate Christmas. To make it more convenient in some rural towns, you may see midnight mass taking place at 8 pm or earlier.

Tom Smith, London based confectioner and baker visited France and saw colorfully wrapped bonbons that he introduced at his London shop and that evolved into “crackers.”  The colorful cylinder slowly gained popularity in England and then throughout the world with neighboring Ireland being an early adapter. The crackers contain a crown, joke and small trinket or toy. The crowns are usually worn at the dinner table to celebrate the holiday.

Image Vintage postcard from the 1900s.