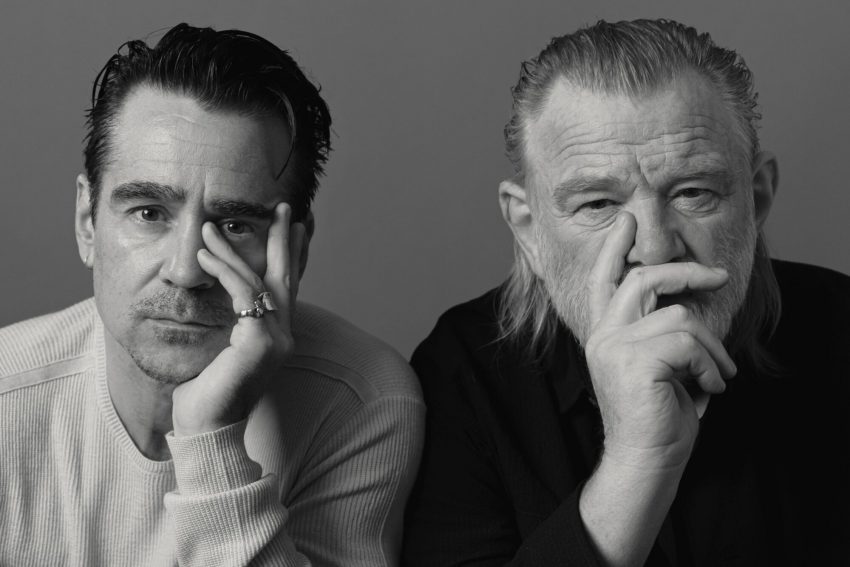 The Banshees of Inisherin

Leave it to the Irish in these confusing times to deliver a confounding package of Irish mysticism wrapped up in an allegorical metaphor. The Bansees of Inisherin,  directed by Martin McDonagh, is based on the ending of a lifelong friendship between Padraic and Colm (Colin Farrell and Brendan Gleeson) as Colm no longer wants Padraic in this life due to his dullness.

Colm wants to waste no more time interacting w/ Padraic, as he is concerned about his musical legacy and his need to write songs for posterity. The end of the friendship takes Padraic by surprise as it does the rest of the village and results in an unravelling of the main characters lives and an epiphany for others.

Along with Colm’s fiddle music, Ireland’s Civil War plays background blasts on the mainland during March and April of 1923 remarked on only occasionally by the villagers.

The imaginary island of Inisherin (Island of Ireland) off the island of Ireland is a main character of the film with striking scenic shots of suns rising and setting. Inis Mor, and Achill Island provided the filming locations with the waves and roiling ocean giving representation of the inner turmoil the villagers were reeling from.

The film has the requisite Garda and priest who provide shadow to the goodness of Padraic and his friend Dominic, the troubled soul of the village (Barry Keoghan). The Garda, Peadar Kearney (Gary Lydon) is also Dominic’s abusive father. The village priest and therapist is played by David Pearse and the confessional is his theatre.

Siobhan, Padraic’s sister, (Kerry Condon) is excellent as the voice of reason on the island. One of the unexpected stars of the film is Jenny, the miniature donkey who follows Padraic all about Inisherin. Jenny and the other animals in the film play large roles and provide intermittent humor to relieve the darkness of the film.

Once the feud between Padraic and Colm is on, it is really on and the village spirals into distressing behaviors where many are vastly affected and all are touched in some way. The layers of the movie continue to reveal themselves after first viewing, for this comedy has a tragic backbone that references friends against friends, brother against brother. This all playing out adjacent to the backdrop of Ireland mainland where what was done cannot be undone.