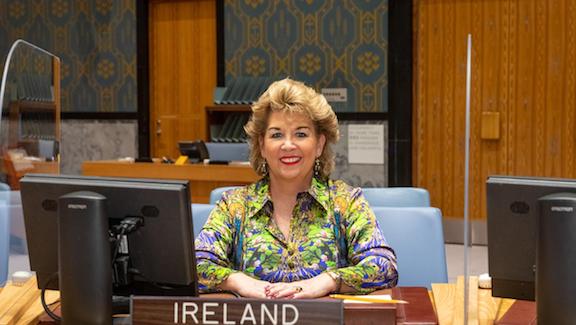 Special to the Irish Gazette

Ambassador Geraldine Byrne Nason assumed her role as Ireland’s 19th Ambassador to the U.S. in August of 2022.

Ambassador Nason is a native of County Louth and has Masters and Bachelor’s degrees in Literature from Saint Patrick’s College in Maynooth. She is married and has one son.