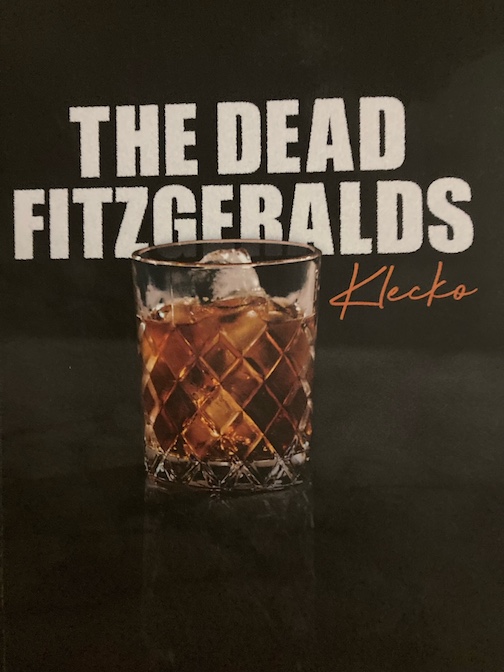 The Dead Fitzgeralds by Klecko could also be called just The Dead, (apologies to James Joyce) as it remembers so many who have passed through our great city.  I thoroughly enjoyed this latest book by local author and baker, Klecko as it struck the Irish sensibility of existing in the past, present and future simultaneously.

The Irish are great believers in ‘thin places” as in lore, this explains those locales where the veil between this world and the other is porous; where there is mystery in the landscape as the past, present and future all happen simultaneously. The belief is that the earth takes on the hue of the sacred among peoples whose connection to place has remained unbroken through the ages. Saint Paul possesses this “thin places” quality, one of many factors in the differences between the Twin Cities.

The Dead Fitzgeralds recounts Klecko’s relationship with Carol Connolly as she mentored him in his love of writing. Local and national treasure, Connolly was another loss among many during the Pandemic and to have Klecko memorialize her last years is a gift beyond measure. “The Duchess” as he called her is one of many remarkable Irish-American personalities that this city was blessed with and who truly illustrated with her life that the Irish are the heart of Saint Paul. The homage to Connolly that Klecko created will likely be the first of many to come.

Although the Fitzgeralds make up a smaller portion of this book, they provide a jumping off point about St. Paul, and our writers and the reoccurring locale of 599 Summit where Fitzgerald wrote This Side of Paradise. Summit Avenue is also a looming character in the book as the four and one half mile stretch of 373 pristinely preserved mansions (out of 440 original mansions) provide the backdrop for the city and the story. Klecko conveniently included a walking guide to the touchstone mansions and the location of Nathan Hale’s statue and park on Summit Ave.

Several other serendipitous encounters and revelations imbue the book with the urgency of a story that must be told. (Klecko’s visit to the graves of Zelda and Scott is worth the price of the book alone). The free-form poetry style that the book is written in lends itself to the memoir feeling and luckily there is more to come as The Dead Fitzgeralds is the first in a trilogy with Klecko already into the second book, Zelda’s Bed. Stay tuned.

The Dead Fitzgeralds is available at bookstores and on Amazon.