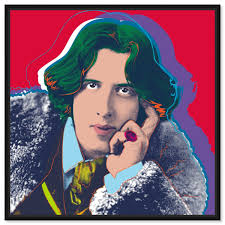 “The Importance of Being Earnest”
Review by Mary McFarland

Come one, come all to the exquisite production that Out of the Mist Celtic Theatre has brought to the Celtic Junction stage. This is an exciting take on Oscar Wilde’s witty and romantic comedy, The Importance of Being Earnest and sports an impressive cast and director, Michelle Schwantes, who skillfully exploits all the best parts of this comedic and farcical play.

As Irish luck would have it, local audiences are being treated, over the next weekend, to this verbal and visual delight. The cast includes Jack and/or Earnest (Kai Kelley) in pursuit of Gwendolen Fairfax (Cait Jackson) in the city. At his country estate, Jack is responsible for the education and care of his charge, Cecily Cardew, (Reanna Madson). His cousin Alegernon, AKA Earnest (Kjer Whiting) confuses the situation when he decides to visit Cecily. All bets are off when Gwendolen’s mother, Lady Bracknell (Alisha Prichett), joins the scene and interruptions by the butler, Lane/Merriman (Paul Brissett), both in the city and country, are nothing but fun.

The rector, Reverend Canon Chasuble, (Carney Gray), is perfect for his role as the baptizer as is Cecily’s tutor, Miss Prism (Cherelle-Renee Childs), who drops the game-changing bombshell at the end of the play. The comedic timing of the actors was impeccable and each contributed a strong performance to the production.

Audience participation was robust and constant as hilarity ensued during opening night’s performance. Excellent costuming added to the enjoyment of the period play and the music during the prologue and scene changes kept everyone in the mood. The venue was obviously full of Oscar Wilde aficionados as his most famous lines were met with joyful recognition.

Although Wilde wrote nine plays between 1879 and 1894, his fame as a dramatist rests entirely on four comedies: Lady Windemere’s Fan, A Woman of No Importance, An Ideal Husband, and The Importance of Being Earnest. Wilde also wrote in French, a one-act tragedy, Salome.

Kudos to Out of the Mist Celtic Theatre for hitting a home run with this delightful and skillful production.

Watch for Out of the Mist Celtic Theatre at the Irish Fair of MN on August 12 & 14 on the Wee Stages where they will be presenting Irish Myths and Legends.

More information is available at https://www.facebook.com/outofthemisttheatre