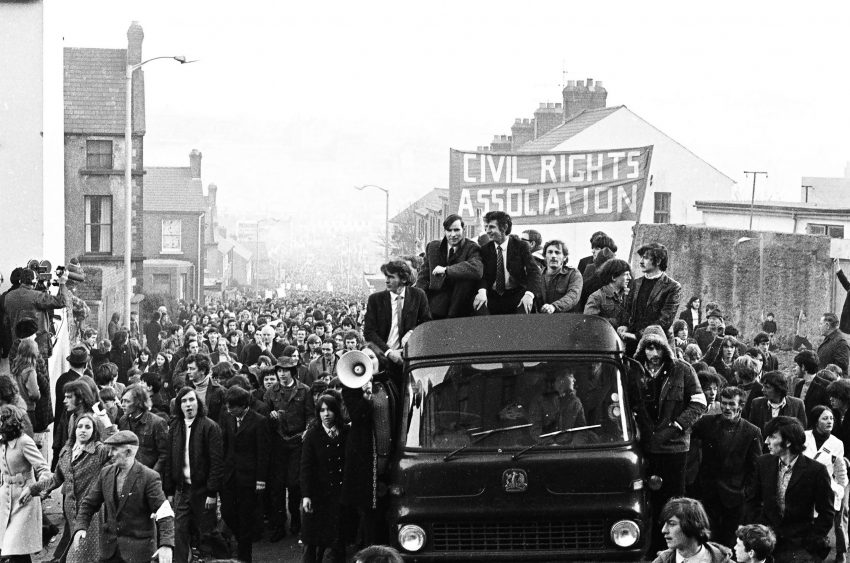 January 30, 2022 marks the 50th anniversary of that tragic day in Derry known as “Bloody Sunday” when 26 peaceful civic rights demonstrators were shot in 1972 with 14 of them killed by British soldiers. The demonstrators were protesting the British policy of Internment without trail, giving the British Government the power to arrest anyone it chooses, for any reason and imprison them without benefit of trail, without any due process of law and imprison them for as long as they want.

The British Army put out a false version saying to the news media that they were fired upon by the marchers. The British Government then immediately organized  an official inquiry, which became known as the “Widgery Tribunal” and obfuscated the facts.

It took decades of lobbying and international pressure on Westminster to institute a new inquiry. Tony Blair in 1998 reopened the investigation, which was referred to as the “Saville Inquiry.” The British Government provoked the situation again by not releasing the findings of the Saville Inquiry for another dozen years. The conclusions of the inquiry concluded that the shootings by the British Army was totally unjustified and the demonstrators did nothing to warrant such a harsh response. It was revealed that the British Army gave no warning and they continued to shoot at the demonstrators as they were running away from the soldiers. Some of those killed and wounded were trying to assist those already shot. The report said that twenty-one British soldiers fired their rifles that day. Prime Minister David Cameron did eventually issue a belated formal apology forty years after the massacre.