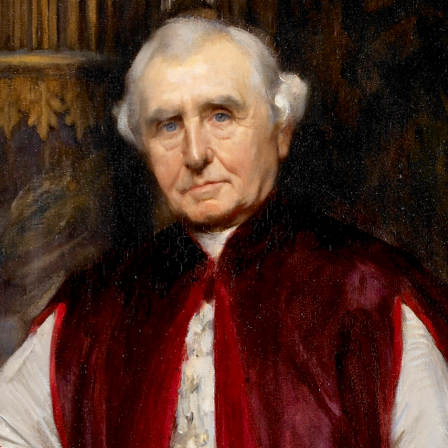 It was with great interest that I read the articles in the Irish Gazette of Minnesota’s Connemara  immigrants who settled there in the 1880’s. I attended university in the west of Ireland in the city of  Galway and have always been fascinated by Connemara – its landscape and its people. I completed a  doctoral thesis in 2016 about the Connemara immigrants and those responsible for assisting the  immigrants to relocate in 1880. Noting your readers interest in this topic it seemed important that I  share some of the extensive research I undertook in Ireland and Minnesota.

Archbishop John Ireland and the Catholic Emigration Bureau are correctly associated with the  Connemara colonists but the initial plan of relocating some of Ireland’s poorest from the far west of  Ireland to North America was considered in the first place not by those located in Ireland or the U.S.  but by a Catholic priest from Liverpool, Father James Nugent. Assisting immigrants to leave Ireland  was not a new concept but one that had been tried as early as the 1820s when desperate Irish  immigrants from the Blackwater region of Cork and Limerick were sent to Almonte in the Bathurst  District of Upper Canada. Poverty and a subsequent increase in violence in the Munster region had  left the propertied class vulnerable. Irish landlords calculated the cost of unproductive impoverished  tenants who with little choice entered a workhouse. The Board of Guardians including the landlord  class bore the cost of such tenants and when the cost of stay in the workhouse exceeded one year, it  was deemed more effective to rid themselves of such tenants by way of assisted emigration. The word  assisted falsely suggested helping or providing aid to the Irish poor, this concept was more correctly  known as ‘shoveling out your poor’ by alleviating Irish landlords of their responsibilities by heavily  burdening Canadian and American authorities and communities as sick and impoverished immigrants  descended upon their shores.

Father James Nugent was of Irish descent and had witnessed the utter hopelessness of Irish  famine immigrants of the 1840s who had attempted to escape Ireland by traveling to Liverpool only to  languish and die there. It was estimated that nearly 100,000 died in Liverpool during the Famine years  from fever, diarhoea and dysentery. Nugent’s commitment to impoverished Irish Catholics was  unwavering, in particular poor children of whom thousands roamed the streets of Liverpool. He set up  a night shelter and refuge on Soho Street which provided 48,205 suppers along with 2,913 nights’  lodgings for boys and which later taught children trades. Nugent was also appointed the chaplain of  Walton Gaol which was one of England’s largest prisons. He did not support the incarceration of  young children in prisons and as an alternative he established a Ship Reformatory to house young  offenders. Nugent’s experience with emigration began in 1870 when he travelled to the United States  and toured extensively. Nugent used the opportunity to present the case for ‘Nobody’s Children’ a  phrase he used to describe Liverpool’s orphans. While in Minnesota Nugent took the opportunity to visit his brother who had immigrated there. In that same year, Nugent established a scheme for child  emigration which was supported by Poor Law Guardians, magistrates and other child welfare  advocates. Nugent’s first scheme assisted twenty-four boys and an equal number of girls to travel to  Montreal in Canada. They set sail on board the S.S Austrian in August 1870; this same ship would be  used to transfer the immigrants from Connemara ten years later.

In search of solution to the poverty of Liverpool, Nugent travelled extensively throughout the  United States and was known as an ‘outstanding authority on migration’. Nowhere did he receive  such a welcome as he did in Minnesota where Nugent and John Ireland became great friends. When  Ireland began his work of colonization he remembered the enthusiasm of his English friend and  commissioned Nugent as his agent for emigration in England. For Nugent, St. Paul became a second  home as not only did his brother settle there but so did two of his sisters. Nugent diligently plied his  message of social solidarity and the improvement of lives through emigration in the pages of The Catholic Times which he established in 1872.

In 1879 Nugent visited Connemara and witnessed the haunting scenes of famine once more.  People were starving and Catholic priests appealed to charities to alleviate the suffering. In support of  their efforts, Nugent wrote to three bishops in America and requested that each bishop take fifty  families in their settlements. In response to Nugent’s request only John Ireland agreed to accept the  impoverished immigrants and instructed Major Ben Thompson, his agent in Big Stone County, to  reserve fifty farms of 160 acres each for the new settlers. Ireland further instructed Thompson to  construct a small frame house on each farm and to break five acres.

Back in Ireland Nugent selected the families who, with the support of their local clergy, were  transported to Galway. Father Grealy accompanied ten families from Carna, Father Millet of Killeen  arrived with thirteen families and Father Stephens escorted five families from Aughagower in county  Mayo. The five families from Clifden were in the care of Thomas Campbell who had assisted Nugent  to raise funds for the Connemara people in Liverpool.

James Nugent’s efforts to alleviate poverty in the west of Ireland by means of assisted  emigration can only be seen as a success simply by the virtue that none of the families returned  thereby alleviating pressure on the land. However, the greatest success for Nugent must surely rest  with the achievements of the Tuke Committee. James Nugent and those who supported him continued  to work to alleviate Catholic Irish poverty and although Nugent’s kindness towards the poorest is  acknowledged perhaps, in the future, his efforts to alleviate poverty by way of assisted emigration  may be further recognized.