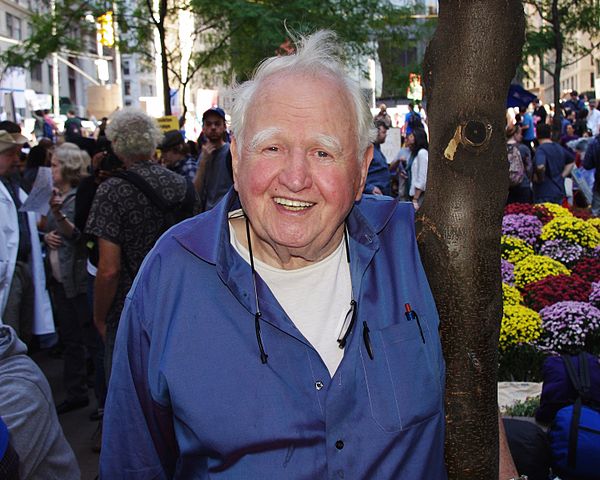 A publishing group plans to reissue Malachy McCourt’s first memoir, “A Monk Swimming” detailing his life in Ireland and later return to the United States where he operated a successful Manhattan tavern frequented by entertainment celebrities. The issue date and publisher will be announced in the next issue of THE IRISH GAZETTE.

McCourt was born in New York City, the son of Irish parents Angela (Sheehan) and Malachy McCourt. He is the last survivor of their seven offspring, following the death of his younger brother Alphonsus in 2016. McCourt was raised in Limerick, Ireland, and returned to the United States in 1952. He has four children: Siobhan, Malachy III, Conor, and Cormac, the latter two by his second wife, Diana. He also has a stepdaughter, Nina. He was portrayed by Peter Halpin in the film version of his brother’s memoir Angela’s Ashes. He is also one of the four founding members of the Manhattan Rugby Football Club in 1960. Malachy appears in Frank McCourt’s second memoir “’Tis”. He is a host on WBAI radio show in New York on Sunday mornings at 10 am Minnesota time. By going to WBAI online a person can connect to the show and enjoy the McCourt sense of humor.