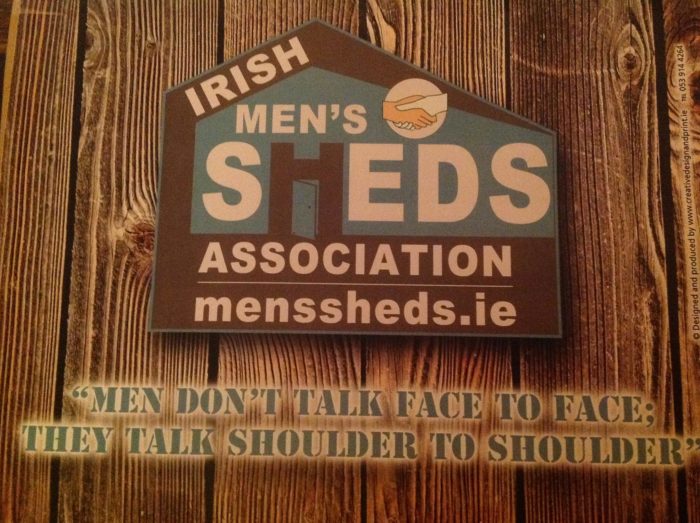 The Australian Men’s Shed Association (AMSA) was established in 2007 by the Australian independent community-based Men’s Sheds to represent, support and promote the Men’s Shed movement. It was founded on the principle of sharing information between sheds and those communities wishing to establish and operate a Men’s Shed. It acts as a central hub for information exchange. At the time it was recognised as one of Australia’s largest male based community development organisations. In the thirteen years since the idea has spread worldwide.

As I write there are 450 Men’s Sheds in Ireland with 10,500 members. Sean Farrington of the Irish Men’s Sheds Support Group told me ,“We need support.” In these hard times with the pandemic many of those men mainly over 70 years old have no I-Phones but in some cases don’t have a phone to make contact with their friends.  So we started a campaign and ask people to donate their old good phone and we can distribute and make them user friendly for them, maybe your friends would get together and send some to me please, my email, to contact me first is seanfarrington64@gmail.com”

I hope the Irish diaspora will take Sean’s plea seriously. And every Sunday night at 8. 00 PM you can tune in to Men’s Shed Radio.