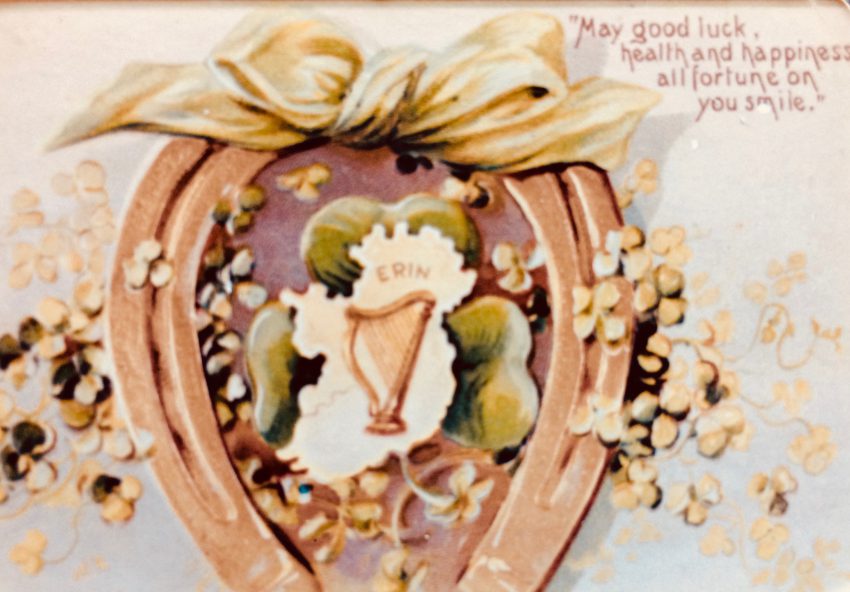 Important historical figures are frequently shadowed by the myths and legends attributed to them over the course of centuries, and St. Patrick is no exception. He is believed to have been born in the late fourth century, and is often confused with Palladius, a bishop who was sent by Pope Celestine in 431 to be the first bishop to the Irish believers in Christ.

According to Encyclopedia Britannica, St. Patrick was the patron saint and national apostle of Ireland who is credited with bringing Christianity to Ireland. Most of what is known about him comes from his two works, the Confessio, a spiritual autobiography, and his Epistola, a denunciation of British mistreatment of Irish Christians. St. Patrick described himself as a “most humble-minded man, pouring forth a continuous paean of thanks to his Maker for having chosen him as the instrument whereby multitudes who had worshipped idols and unclean things had become the people of God.”

St. Patrick is most known for driving the snakes from Ireland. It is true there are no snakes in Ireland, but there probably never have been — the island was separated from the rest of the continent at the end of the Ice Age. As in many old pagan religions, serpent symbols were common and often worshiped. Driving the snakes from Ireland was probably symbolic of putting an end to that pagan practice. While not the first to bring Christianity to Ireland, it is Patrick who is said to have encountered the Druids at Tara and abolished their pagan rites. The story holds that he converted the warrior chiefs and princes, baptizing them and thousands of their subjects in the “Holy Wells” that still bear this name.

Today, many Catholic places of worship all around the world are named for St. Patrick, including cathedrals in New York City, Dublin, Ireland, and Toowoomba, Queensland, Australia.

St. Patrick’s Day has come to be associated with everything Irish: anything green and gold, shamrocks and luck. Most importantly, to those who celebrate its intended meaning, St. Patrick’s Day is a traditional day for spiritual renewal and offering prayers for missionaries worldwide. The Irish are descendants of the ancient Celts, but the Vikings, Normans and English contributed to the ethnic nature of the people. Centuries of English rule largely eliminated the use of the ancient Gaelic, or Irish language. Most Irish are either Catholics or Protestants (Anglicans, members of the Church of England).

So, why is it celebrated on March 17?

One theory is that that is the day that St. Patrick died. Since the holiday began in Ireland, it is believed that as the Irish spread out around the world, they took with them their history and celebrations. The biggest observance of all is, of course, is in Ireland. With the exception of restaurants and pubs, almost all businesses close on March 17. Being a religious holiday as well, many Irish attend Mass, where March 17 is the traditional day for offering prayers for missionaries worldwide before the serious celebrating begins.

In American cities with a large Irish population, St. Patrick’s Day is a very big deal. Big cities and small towns alike celebrate with parades, “wearing of the green,” music and song, Irish food and drink, and activities for kids such as crafts, coloring and games. Some communities go so far as to dye rivers or streams green.

May the road rise to meet you,
May the wind be always at your back,
May the sun shine warm upon your face,
The rains fall soft upon your fields and,
Until we meet again,
May God hold you in the palm of His hand.


Leprechauns, castles, good luck and laughter;
Lullabies, dreams and love ever after.

Poems and songs with pipes and drums;
A thousand welcomes when anyone comes.

May St. Patrick guard you wherever you go,
and guide you in whatever you do—And may his loving protection be a blessing to you always.

The Legend of the Shamrock

According to Encyclopedia Britannica, a shamrock is “any of several similar-appearing trifoliate plants (plants whose leaves are divided into three leaflets). Common shamrocks include the wood sorrel (Oxalis acetosella) of the family Oxalidaceae, or any of various plants of the pea family (Fabaceae), including white clover (Trifolium repens) and suckling clover Trifolium dubium.” According to Irish legend, St. Patrick chose the shamrock as a symbol of the church’s Holy Trinity because of its three leaflets bound by a common stalk. Wood sorrel is shipped in large quantities from Ireland to other countries for St. Patrick’s Day.