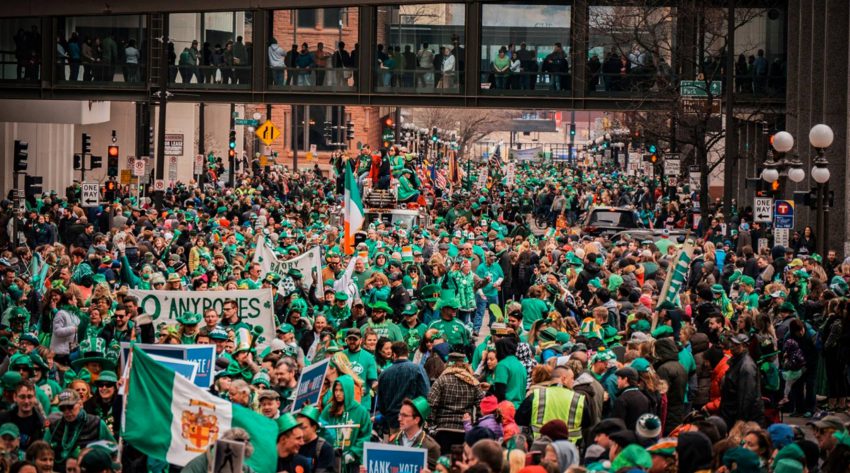 The first St. Patrick’s Day parade took place not in Ireland but in the United States. Irish soldiers serving in the English military marched through New York City on March 17, 1762.

Along with their music the parade helped the soldiers reconnect with their Irish roots as well as fellow Irishmen serving in the English army. Over the next 35 years, Irish patriotism among American immigrants flourished, prompting the rise of so-called “Irish Aid” societies like the Friendly Sons of Saint Patrick and the Hibernians Society.

Each group would hold annual parades featuring bagpipes and drums. In 1848, several New York Irish Aid societies decided to unite their parades to form one New York City St. Patrick’s Day Parade. Today, that parade is the world’s oldest civilian parade and the largest in the United States.