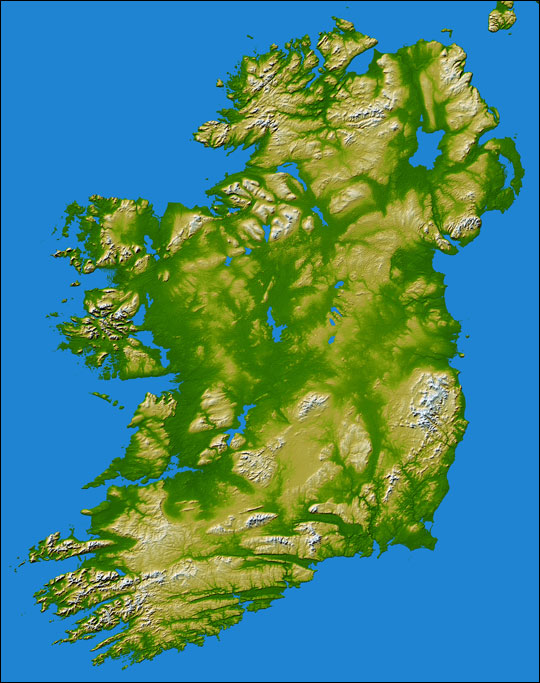 So you think you know about your Irish heritage. Take this quiz and see how much you do know..

1. What common weed is referred to as “the Irish daisy?

2. What is the most common surname in the Irish Republic?

3. What city is called “Ireland’s Canterbury?

4. What is the most common surname in Northern Ireland?

5. “The Creature” and “The Jar” are other terms for what substance?

6. What are the seven distinctly Irish breeds of dog?

9. Where is the annual matchmaking festival held in Ireland?

10. Where is the home of the famous Claddagh ring?

11. What is Ireland’s greatest energy source?

12. What river runs through Derry City?

13. What modern celebration had its origins in the Druid Festival of Samhain?

14. Who was the copper king of Montana?

15. In what part of Dublin is St. Patrick’s Cathedral located?

16. Who was Edmund Ignatius Rice?

17. What are the areas in Ireland where “Irish” is spoken as the first language?

18. Who is the Glendalough Saint?

19. How many men are there on a Gaelic football team?

20. What percentage of Australians are of Irish extraction?

22. Who were the two Irish American baseball players referred to as “the grand old men of baseball” that helped organize the American League?

24. What is peat primarily used for?

25. “Black Pool” is another name for which Irish City?

28. Who stole the Blarney Stone slab from the 1951 San Francisco exhibit?

29. Approximately how many Americans are of Irish

Answers to the Irish Trivia quiz…

3. Armagh, with a Catholic and Protestant Cathedral

8. A raw-hide, heel-less shoe worn on the Aran Islands, suitable for climbing over rocks and in and out of curraghs

16. Founder of the Christian Brothers, born in Co. Kilkenny 1762

21. Connie Mack for the American League; Mugsy McGraw for the National League

23. A sport played on the streets of Armagh and Cork. It is played with a cast iron ball, a “bullett.” The object is to get the ball over the finish line with least number of tosses.

26. Irish ‘’mummers” who attended special events where the “wee folks” are likely to put in an appearance

27. A fairy that often appears in the form of a black horse

28. No one knows, not even the publicists for the exhibit, Con Lynch and Jim Commins