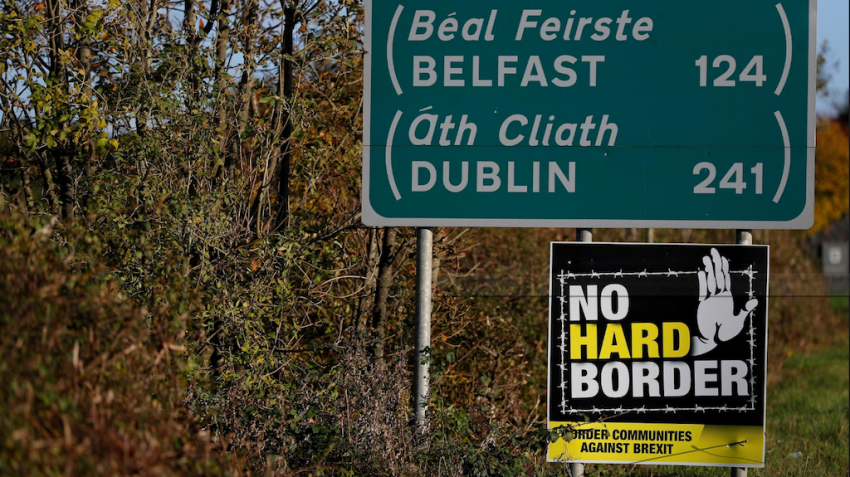 Advice and a Reality Check!  Don’t make any plans for 2021. “Normality” is at least another year away, the Covid Virus so embedded and pernicious that ridding humanity of it will require a major global effort.  I write in late January as the Corona Virus saga continues but now with vaccines emerging to combat it.  One grisly way of viewing the situation, in Ireland, in Britain, in the USA and elsewhere is whether enough of the population can be vaccinated in time to achieve if not “herd immunity” then to keep the death toll below that from last Century’s Spanish Flu (Ireland 22,000, Britain 220,000 and the USA 600,000).  The sombre targets are not strictly comparable (given population growth, medical advances and better living standards) but nevertheless offer grim yardsticks. As I write the Virus’ third wave is in full spate with over 2,500,000 dead, and at least twenty five countries recording over 1000 deaths per million. The toll in the USA is over 450,000 deaths (and could reach 500,000 by the end of February), while Britain (where the Brexiteer clowns now in government have rivalled Trump’s ineptitude in combatting Covid) is already at 110,000.

Ireland, meanwhile, having long dodged the third wave bullet, is now awash, having moved in the space of a few weeks from the least infected per head to one with among the most rapid growth of new cases worldwide. With cases climbing towards 250,000 – a doubling since the New Year – and deaths now at 688 per million, we have a way still to go – we remain among the best in the EU, with only  the Nordics (Sweden emphatically excepted) and Estonia doing better, but the public mood now is one tinged with anxiety.  Deaths are still relatively low (nudging 3,500), with our island status continuing to protect us, but with an open border to the North, no strict quarantine and visitors still arriving in considerable numbers, bringing with them newer, more infectious mutations of the virus, this could change. The sombre lesson since we “opened up” is that, as elsewhere, we are as vulnerable as elsewhere, with no sign of the self-discipline or political will to hunker down and defeat the virus. And, as elsewhere, we blunder on, fixated on some vaccine saving us. It probably will eventually but it doesn’t take rocket science to work out how long vaccinating a whole population will take. So – write off 2021.

If there is any collateral good news out of this it is that the Virus almost certainly cost Trump a second term – though a more accurate interpretation would be that even before the election, his total ineptness and unsuitability for political leadership was exposed by his record in failing to grapple with the Virus, a record that probably contributed significantly to the death toll.  While it’s difficult to assess what damage Trump could have inflicted domestically or worldwide with another four years, his behaviour since November suggests the USA and the world have had a narrow escape. America’s democratic structures survived – just about – but have taken quite a battering. His term now seems just a seedy episode yet the events in the Capitol on 6 January – with repercussions ongoing – should be a wake- up call. And the spectacle of the determined assault on the election result has shredded the US’ image around the world, to the manifest glee of the crew of motley dictators worldwide who would never have tolerated an unrigged election like last November’s.

The question now is whether Trumpism, with its appeal to the “inner swine in human beings” and its success in “ceaselessly mobilising human stupidity”- to quote Kurt Schumacher’s brilliant characterisation of Nazism, will prove an enduring national movement. We should not forget that last November over seventy four million Americans voted for Trump; not all were hillbillies or racists or people disposed to join lynch mobs. There is worry and alienation out there as well as sincerely held conservative views and Joe Biden will have quite a task in healing the country and in combatting deliberate falsehoods in the era of Social Media. Some may see the whole period following Trump’s defeat as a form, ceteris paribus, of the Trump equivalent of the Beer Hall Putsch, with his Arnie-style hints of a return hanging over the future. Yet bear in mind that Hitler was in his mid-thirties when he ran after his coup collapsed. Trump is now seventy four and four years on will be seventy eight. As for his pod-people family – they simply lack his caveman charisma (with apologies to our ancestors).

An ill wind also, arguably, for the Brexiteers. Virtually lost sight of has been another New Year “milestone” – Britain’s final exit from the EU. Few anywhere are sounding trumpets though expect a growing fiction emerging, albeit slowly, about how the Corona Virus did fatal damage to the Brave New World for Britannia (more accurately Albion) envisaged, promised, and lied about by Britain’s Brave Brexiteers.  Britain is now formally – and informally – a “third country” now removed (apart from the north east of Ireland) from the European Union. The divorce would have been accompanied by Brexiteer celebrations worthy of the Rapture and the Second Coming combined, had they not been muted by the reality of the rampant Virus, where Britain’s inept handling has now seen more per capita deaths per million than in the USA.

Once the initial cock-a-hoop tabloid headlines and predictable inanities by the likes of Gove about negotiating the mothers of all trade deals with (other) third countries, like the USA, had subsided there was a hiatus. January is a normally a quiet month financially and in trading terms and there was much speculation – and trepidation – about what the effects of Britain leaving would have short term on its trade in terms of ruptured supply lines, food and other shortages both in Britain and in Ireland – the country most at risk  economically over Brexit. The Covid restrictions as hastily intensified in the UK provided a handy get-out-of-jail card for the Brexiteers, a card they will probably use until it disintegrates.  Those delays and hiccups that did occur could be passed off as “teething troubles” or on Covid.

The counter-intuitive dimension of Brexit, involving as it did Britain removing itself from a solid, bedded-in, paperless free trade regime with its EU trading partners, accounting for 40% of its trade, to take its chance in future negotiations , was simply dodged. Indeed to read the British tabloid press the agreement negotiated at Christmas represented Britain putting one over on its former partners. It was not, of course – merely “Fake News” Brexit style. The agreement as negotiated represented a marriage of less-than true-minds aimed at minimising disruption on both sides to important existing trade and laying some foundation for a future relationship, all made necessary by the contrary, illogical and irrational espousal of Brexit  – for the UK a policy switch worthy of Jonathan Swift’s imagination.

Finally, an anniversary. On 6 February 6 1971,  in the course of rioting on Belfast’s New Lodge Road, Gunner Robert Curtis (20) became the first British soldier shot dead in the North .