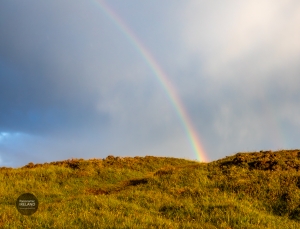 The last time I wrote my column, the dreaded Covid had just taken hold over here in the old country and we were complaining somewhat about the lockdown at the start of the Summer season. I was hoping then that it would be a short emergency measure that would last until the disease went away. As the world knows now, this was an optimistic outlook and things have got much worse. Here in the old sod the death toll has topped 3,000 and we are all locked down again. We hoped that it would be under control, but sadly we and our government are in a bit of a pickle. The government appealed to people from other countries not to come home for Christmas, trusting in people’s own common sense and will. That was a mistake and certain groups came back from the UK and other countries, held parties carried on as if the whole thing was a joke, bringing a new more infectious strain with them from the UK and the result was that it has spread like wildfire through the entire country since Christmas and Ireland went from being one of the lowest infected countries per head of population in the world.

As I write this, we are now amongst the highest infected countries and certainly the highest in Europe. Our other problem is that, unlike New Zealand, where the nasty bug has been wiped out completely by a countrywide quarantine and life has returned to normal, we have a land border with the UK as Northern Ireland is not subject to our rules of engagement with Covid, and people pass freely from the rest of the UK to Northern Ireland, and then simply drive south into the republic of Ireland. There has always, since the Good Friday agreement, when Britain was in the EU, free movement over the border in both direction and even still our government is reluctant to impose a ban on travel within the island, Even though we are all restricted to staying within five kilometres of our homes, this is not the case in the North of Ireland, so Covid is literally leaking over the border, particularly into the border counties of Donegal, Cavan, Monaghan and Louth and people are dying in large numbers as a result.

The other problem here is that the expected rollout of the AstraZeneca vaccine, 400,000,000 doses of which were to be delivered to Europe for distribution, has now run into delivery difficulties and although the UK (who were still in the EU when the contract was signed) have got their supplies, or enough to carry on with their program, Europe has not. This includes Ireland and our vaccination program is way behind target. The Tory government are smugly saying it is an EU cock up, while the company that produces it said it has production difficulties, and the EU who have four separate firm contracts for delivery of the stated amount since last August are being left spinning in the wind. The upshot of this of course is that we here in the old country will have to remain in lockdown and suffer on, while we wait for our vaccines whenever this problem is sorted out. I am however an incurable optimist and have been all my life, so hopefully we will get back to some sort of normality by Summer. To cheer myself up at this time of the year on the brink of Spring. I always remember the Irish poet Raftery’s tribute to spring Cill Aodain which begins; Anois teacht an Earraigh beidh an lá dul chun síne….. Those of you who grew up in Ireland will remember it. A loose translation of my own of the beginning goes Now comes the Spring and the days will be stretching After St Bridget’s day I’ll be hitting the road, Since it entered my head, I won’t be for stopping, ‘Til I’m standing below in the heart of Mayo. A suitable song perhaps for your new President whose people come from Mayo. St Bridget’s day is the first of February.

On a happier note, NUIG (The National University of Ireland Galway) have, in their wisdom decided to honour me with a Doctorate of Arts (Honoris causa) for my work in promoting the arts in Galway back in the days when I was younger and more active. The presentation or conferring of this great honour was to be at the annual Graduation in mid-summer last year, and then, because of the dreaded bug was moved to Christmas and now has gone back to next summer. So, all going well and Covid permitting, your future columns may be written by Dr Dick. There you have it for another while, I sincerely hope that all of you readers stay safe and mind yourselves until this terrible curse has passed.