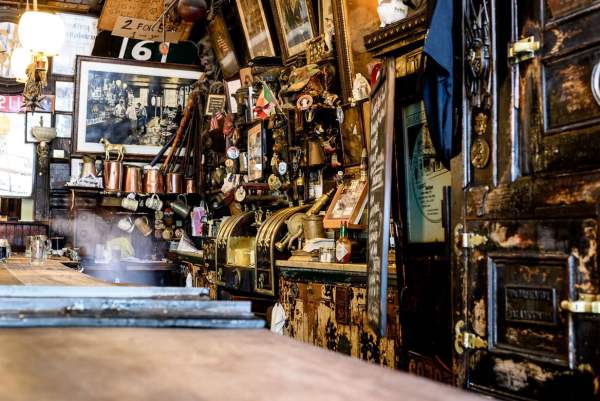 New Yorker, John McSorley opened his namesake McSorley’s Old Ale House in 1854, which makes it the oldest Irish pub in the city.  Sawdust on the floor provides a comforting crunch underfoot and the walls are decked out with mementos of yesteryear. The chair that Abraham Lincoln is alleged to have sat on looks down over the bar and with that are dusty fire helmets and turkey wishbones from turkeys eaten by men who never returned from war.

The mood in the popular East Village haunt in Manhattan is very somber following the passing of its beloved long-time owner and Kilkenny-born Matty Maher, who was buried recently.

His funeral was held on a bright, crisp morning and it was attended by literally hundreds of family and friends. The casket was escorted by two fully decked out pipers from the New York fire department, and it was carried under an arch of hurleys.

Mr. Maher’s daughter, Andrea spoke of a man who loved “laughter, stories and song”. His ownership of the pub was gained by serendipitous means with a chance encounter in 1964 with the then owner, Harry Kirwan after Kirwan’s car broke down during a holiday in Ireland. The young Maher came to Kirwan’s aid, the older publican promised the young Kilkenny man a job should he ever find himself in New York and Kirwan was true to his word when Maher found himself in New York.

One of Maher’s greatest gifts was in knowing “all the regulars”, and could call them by name even if he only had met them once. He was a true, traditional Irish publican right to the end, said his employees and friends.