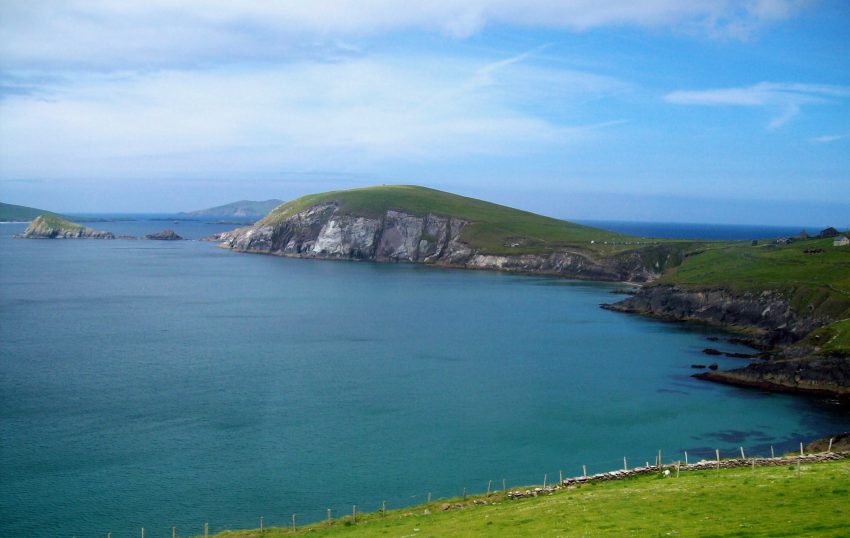 A lot of people think of Irish folklore as quaint; a kind of sweet quirk of Irishness.   This is to denigrate an area of serious study.  We are constantly bombarded by a stream of happy Irish images – green hats, russet beards and commercial lies.  However, ‘Folklore Studies’ is a mainstream university subject.  If only everyone cleaved to that great requirement of serious study: “interrogate your sources”.  Here is a story of real and dubious sources; real myth becoming movie lies.

A serious source is a 15th century manuscript (Laud Misc. 610, if you are a scholar and want to check) that records an 8th century story.  The ancient Irish Brehon Laws had a concept of distraint.  If I owed you money and failed to repay it you were entitled to confiscate from me property to the value of the debt.  This property was returned when the debt was cleared.  Interestingly, if the property thus distrained was cattle, then half of the calves produced during distraint were retained and half returned.

The story I want to refer to was a construct of the Filí, the ancient order of the Hereditary Men of Learning.  Distraint laws referred to property.  This story extended the concept of distraint to land for the first time.

Fergus mac Leite, as ancient myth tells us, was a king of Ulster from 26 to 14BC.  (Figure that one out ?).  He was owed a debt and the story tells how he distrained land to the value of the debt.  Our location is on the shores of Dundrum Bay, north of Newcastle, Co. Down.  In order to distrain it, Fergus had to drive his chariot three times round the parcel of land which he was claiming. The direction of his drive was very important; clockwise following the motion of the sun in the heavens, known in Irish as deiseal, right-handed from deas, right.  Having completed the boundary chariot drive, he was required to sleep on the land.

So far, the story is all very dry and perhaps boring.  In order to bring the story into popularity, extras were included by storytellers.  As Fergus slept on the shore of Dundrum Bay he was dragged into the sea by a group of small sea-sprites called Lúchorpáin, meaning small bodies (you see where this is going).  He struggled as he was dragged underwater and feared he would drown.  But he realised that while held by the Lúchorpáin he was in no danger of drowning.  Brought before the king, he was questioned as to why he slept on the shore of their territory. As his fear of drowning receded he realized his superior strength over his captors. Grasping the king around the neck he demanded he be released and granted one wish – that, forevermore, he would be able to swim underwater without fear of drowning.  This wish was granted to him on condition that he never again enter the waters of Dundrum bay, the territory of the Lúchorpáin.  So here we have the basis for the notion of leprechauns.  Capture one now and you get three wishes, not one.  I imagine our modern leprechaun would fight vigorously to avoid water, the realm of the sea-sprites.  What is the connection between the two?

Fast forward to about the year 1910.  The Irish Language Commission asked a scholar priest, An tAthair Peadair Ó Laoghaire (Fr. Peter O’Leary), to write an illustrated series of primary school books for the teaching of the Irish language. He chose a little known folkloric subject for these books; variously called leprechaun, lucorpan, cluracaun, etc.  It is easy to see how, through the centuries, the absence of standardized spelling gave rise to a population of mini Irish fairy folk.  More importantly for our story is that a generation of Irish children learned the Irish language through the medium of these little people, made real by being written down and drawn in a school book.

Fast forward again (it’s a theme) to 1937.  Irish scholars and politicians were horrified at the loss of the Irish language and Irish folklore due to the immense hemorrhage of emigration.  Today about 33 million Americans self-identify as of Irish descent.  There is a saying that, through the ages, the English invaded but the Irish infested. You decide which strategy was more successful.  The Irish Folklore Commission began 3 years of the Schools’ Collection.  Across the country 11 and 12-year old school-children were asked to interrogate parents, grandparents and older neighbors about folklore, superstitions, stories and old ways of life and of agriculture.  What emerged from this massive effort was, and is, the greatest collection of folklore and folk-ways anywhere in the world. Check it out online – Folklore Dept., University College Dublin. All the handwritten copybooks of the children are classified by school and region. Perhaps you can find a contribution by your parents or grandparents as children.

A moot point is that, immersed in this great collection, is the record of leprechauns deriving from the inventions of Fr. Peter O’Leary, learnt by a generation of children and passed on to their children and grandchildren and recorded in the Schools’ Collection.

Slow forward to the late 1950s; Walt Disney visits Ireland, lands in the Office of the old Folklore Commission and, I imagine, slaps the desk and says “gimme what you have on leprechauns” (Apparently this happened).  He is shown the Schools’ Collection and extracts leprechaun ‘folklore’.  This was all reproduced and embellished in the movie Darby O’Gill and the Little People which was a Disney ‘hit’ at the time.

As a fun way to extend the film’s fantasy, Walt Disney went full bore on a campaign establishing that Darby O’Gill and the Little People starred actual leprechauns. Publicity pieces were published detailing the wee folks’ involvement in filming, as were photos of the small stars attending the movie’s Dublin premiere. Walt went so far as to produce “I Captured the King of the Leprechauns,” and episode of the Walt Disney Presents anthology TV show, in which he journeyed to Ireland to meet both Darby and King Brian. As a finishing touch, the movie’s opening credits state, “My thanks to King Brian of the Knocknasheega and his leprechauns, whose gracious cooperation made this picture possible” – Walt Disney“

So now, for all time, the ridiculous notion of The Little People is imprinted in the public perception of Ireland and of Irishness.  The grandeur of the 8th century story of Fergus mac Leite, and its purpose in extending the concept of distraint to land, has been lost.  I could rail on more, but will desist.