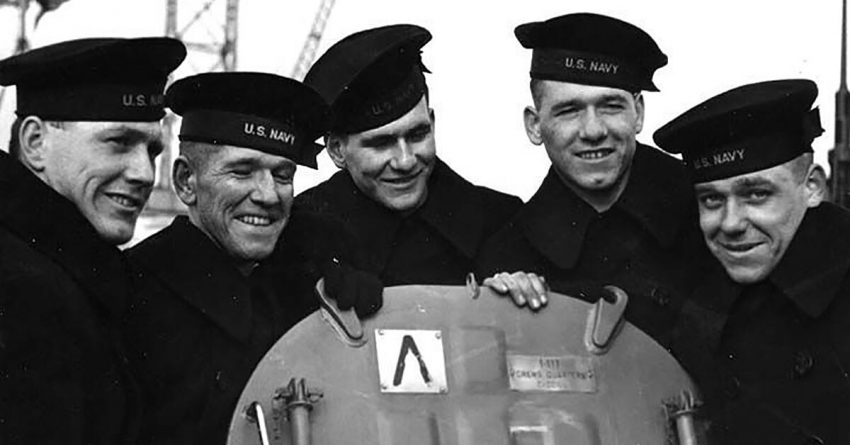 Seventy seven years ago the five Sullivan Brothers from Waterloo, Iowa perished when a Japanese torpedo struck their ship, the USS Juneau, on November 13, 1942, during the battle of Guadalcanal. Nearly 700 US Navy personnel were killed in the attack. The brothers grew up during the struggles of the Great Depression, and they were inseparable. They had signed up for US Navy just after Pearl Harbor under one condition, which was that they would all serve on the same ship. After their deaths they became the symbol of the courage and spirit the epitomized the “Greatest Generation.”

In 1944 their story was made into a movie. “The Fighting Sullivan’s,” which was nominated for an Academy Award for the Best Story (which is no longer used).

There are also two US Navy ships named after them. There was only one brother, Albert, who was married and he was survived by a son, Jim. Jim joined the US Navy and is a retired electrician and lives also in Waterloo, Iowa.

The five brothers on board the light cruiser Juneau (left), Joseph, Francis, Albert, Madison and George Sullivan. The Sullivan brothers were five siblings who all died during the same attack in World War II during the Battle of Guadalcanal, November 1942. (U.S. Naval History and Heritage Command)